This update is written by Kerrie McGiveron, our researcher on our UK Lottery-funded heritage oral history project, ‘Hanging Out, The Histories of Liverpool’s Laundry Life.’

Those of you who follow us on social media will know that our heritage project is well underway. Back in May I started interviewing men and women at Kitty’s Launderette, chatting to them about their memories of wash houses and launderettes in the Liverpool area. As a social historian, it means a lot to me to hear the stories and memories of men and women who recalled streets, shops and aspects of daily life around the wash house. These interviews were recorded and transcribed for our archive at Kitty’s Launderette.

It is important to me that this history project is shared with our community.  I believe that history is for everyone and it is important to communicate and celebrate these lesser-known histories of Liverpool’s laundry life. Back in June, I contacted the Museum of Liverpool to see if we could work together to bring this project to a wider audience in a creative and engaging way. Kay Jones, the curator of urban community history at the museum and Paul Gallagher the deputy director of the museum visited our beautiful launderette on a particularly busy day.

Against the backdrop of whirring washing machines, babies crawling and washing-folding, we chatted about possible ideas for a display in the museum.

Over the coming months we firmed up our plans and I continued with the oral history interviews at Kitty’s (in between doing the sheet dance and folding laundry of course!) As I am also doing a PhD at the University of Liverpool I was able to enlist their help for me to work on the display as a placement. In September I began my short placement at the museum to help put together the display along with Kay Jones. We came up with the idea of using some of the items from the museum’s collections as well as some of the interview material I have gathered. Led by the interviews and the memories of the participants, items were selected from the museum stores and key quotes printed onto washing, as well as folded sheets stacked on an old Silver Cross pram. I won’t add too many spoilers about the display here!

In early October, Kay and I visited to the museum stores to select the objects for display as well as photographs to be scanned. The items, which included a mangle from Christian Street wash house from around 1930, had to be handled carefully with gloves, wrapped and transported to our office ready to display.

Our idea about printing quotes onto washing was also coming to fruition around this time!

I am very much enjoying bringing together this exhibition with the Museum of Liverpool, Kitty’s Launderette through the University of Liverpool’s placement scheme. The display will celebrate the history of Liverpool’s laundry life, showing some of the memories and lived experience of ordinary people in our community.

The exhibition opens at the Museum of Liverpool on Friday 22nd November 2019 and will run until mid February 2020. 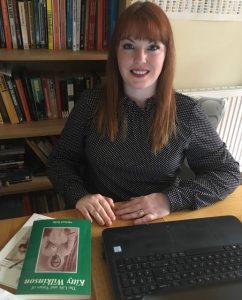 Washhouses in Liverpool have played a significant role in urban development and public health as well as being a social space for the community. As a PhD researcher interested in social history and lived experience, this project is absolutely fascinating for me and I am so proud to be a part of it.

The starting point for my research has been our namesake, the inspirational Kitty Wilkinson. Catherine Wilkinson (1786–1860) who became known as the ‘Saint of the Slums.’ Her commitment to public health and community work resulted in the opening of Frederick Street washhouse, the first in the UK. Michael Kelly’s book The Life and Times of Kitty Wilkinson provides a rich and fascinating account of Kitty’s life and has been a wonderful resource.

For background research I really wanted to think about ‘mapping washhouses’ in Liverpool. This is no easy task, as Liverpool has altered so much, with the slum clearances of the 1960s and 1970s changing the face of city. I began by using  the book, Talk of the Wash House by Peter Ellison and Paulette Howe and have been researching the development of washhouses in Liverpool from the nineteenth century. These include Burroughs Gardens washhouse which opened in 1879 and closed in 1985. Burroughs Gardens was threatened with closure in the 1970s and this led to many women demonstrating successfully to keep the wash house open. This is just one interesting aspect of the research I have undertaken so far, and I am looking forward to continuing with my ongoing aim of ‘mapping’ these washhouses, their key events and people.

We are launching our heritage project officially on Monday 13th April with a welcome event from 7.00pm – 9.00pm. We are delighted to also be hosting Cinema Nation with a selection of film-screenings celebrating the lives of women in Liverpool. Three short films will be shown which encapsulate ‘The Spirit of Liverpool’ and will be a welcoming and informal event to celebrate the opening of our launderette and the launch of our community-led project. 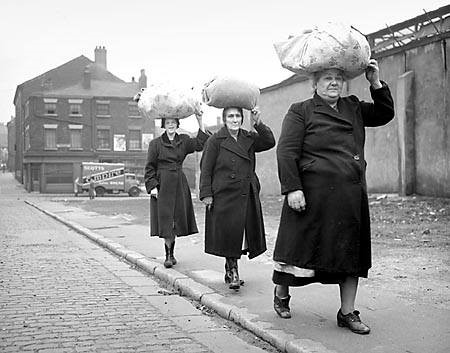 Once Kitty’s Launderette is open, I will be running a drop-in session once a week. These sessions will be an informal chat over a cuppa, where we will interview and record memories of wash houses in the Liverpool area. From my research already, it is clear that these wash houses were part of the fabric of life. One of Liverpool’s folk songs about the changing face of Liverpool and resettlement of residents outside of the city includes a line demonstrating the importance of the washhouse as a nostalgic reminder of family life and community:

I am very much looking forward to hearing the stories of men and women who used launderettes or worked in them. As the project takes off, we are hoping to produce a series of zines, an exhibition and other events. The next few months are going to be very exciting for myself as a researcher, for the local community and for Kitty’s Launderette.

The drop-in sessions will run each Thursday from 1.00pm – 8.30pm. For more information and to book an appointment at the drop-in please call Kerrie on 07943 008 592 or email heritage@kittyslaunderette.org.uk